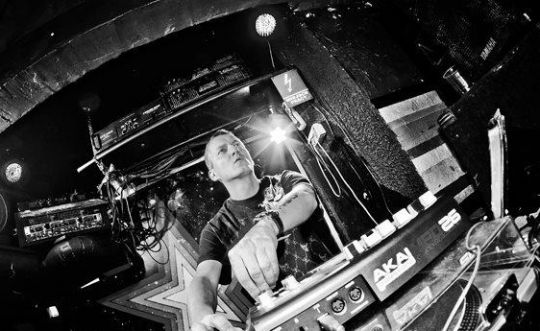 Brainpain is a Drum and Bass, Dubstep and Experimental Dj/Producer. He is based in Wroclaw, Poland and has been producing since 2000. Brainpain released his music on many labels, for example: Wicky Lindows, Austerity, BF, Section 8, Sustained, Nekrolog1k, Ego1st, Deathstep and Accomodus. He has worked together with and played alongside artists like Tech Itch, Current Value, Silent Killer, DJ Hidden, Katharsis, Balkansky / Cooh, Forbidden Society, Panacea, Dub Elements, Gancher & Ruin, Future Signal, Eye-D, and Switch Technique. He is also co-founder of Panzer Incus Recordings (Heavy and Dark Drum and bass) and Dubsaw Recordings (Dubstep). He is not your typical hit parade. There is always something fresh, edgy and dark about his tracks. Well, he caught our ears and we wanted to know more, so we asked him for an interview.

Welcome at darkdnb.com! First of all we would like to say that we were thrilled when we listened to your new EP that you released last February. We are curious, where do you get your inspiration from?
Thanks. “Drum & Bass EP” was made after many hours I spent on learning new techniques of production and a new approach to the mixdown of tracks... It is the first release from the “new” Brainpain, inspired by the darkness inside my soul. I don’t really have idols in the DnB or Dubstep scene, I take inspirations from everything that surrounds me and from what I see in clubs when I am playing.

What got you into the music you produce?
I think I have always been in love with drums and broken beats. I started off listening to heavy metal, but when I heard a Slayer track remixed by Atari Teenage Riot I started to listen to electronic music like Aphex Twin, Squarepusher, Amon Tobin, Plaid and of course Drum and Bass.


Track info
For a period of time you can download this free track exclusive on www.darkdnb.com.
It is a Brainpain remix VIP version of the track "New Faces" by the Polish crew "Drum and Bass New Faces". More info: http://dnbnewfacesenglish.blogspot.com/


For the readers with technical knowledge: what kind of studio equipment do you use?
I use a Brainpain monster PC and laptop, Ableton 8, Reason 4, Audition 3 or 5 and loads of VST instruments and plugins. As hardware I use NI Audio Kontrol 1, Beyerdynamic DT 880 Pro headphones, Edirol PCR-50, Akai MPD 26 and special equipment such as whisky, beer and popcorn. 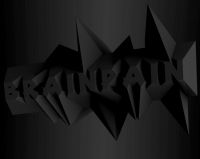 Ahaah! So are the whisky and the beer the cause of your name? Or is there another reason you came up with the name Brainpain?
Sometimes hehe. I think it’s more about the sounds I create... Or rather sounds I was creating when I was starting to make music. Many years ago, I was trying to make some beats on my first computer and as usual, the results were bad. One of my friends told me that my "music" was not only giving him a headache, but a pain in the brain as well... Brainpain was born that day.


What is your opinion on the state of Drum and Bass music in general at the moment?
Drum and Bass is evolving all the time but it seems like it slowed down a bit lately. Right now there are too many copies of copies on the scene... I think it is like that with every genre of music.

Because you are also performing on stage we were wondering: what was the best and the worst gig you have had and why?
Both Therapy Sessions Vienna and Wroclaw were really good. I think the best ones are still ahead of me.
And for now the worst gig was when there was something wrong with the sound system, especially with bass. The whole stage was shaking so much that finally I lost the laptop from my sight - it felt down on the floor...

Are there any parties that you would like to perform in the future?
Any good parties. I am open for any offers. 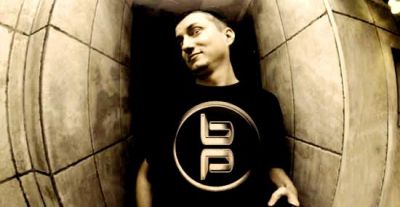 Where do you see yourself in 5 years time? Will you still be playing Drum and Bass music?
Yes, I think so. But Drum and Bass is only one of many genres that I am into. I think I will always work on so called Experimental Electronica and I hope that soon I will be able to show you my new experimental album.

Because we have readers worldwide, could you tell us a bit about the Drum and Bass scene in Poland?
The DnB scene in Poland was small for the last few years, but it is getting better and better. There are some really good gigs with good lineups like Therapy Sessions, Audiocity, PRSPCT night and more. I think it is going in the right direction.

A lot of great stuff is coming from Eastern Europe and Russia these days like Limewax, Cooh, Switch Technique, Gancher, Ruin and we also discovered Effect. Are there any upcoming talents you know about?
I think that STHS, N-Fett, Shem, Micromakine - to name a few - have big potential. They are worth checking out.

The dj and label scene are rapidly evolving. This is also due to the digital music market, which is growing and growing. What do you think of the mp3 era and its mediums?
Digital music is helping a lot to keep the scene alive. There is also a lot of bad quality on the market because everyone can release their music now. But if you search for good music, you will find it and it is much easier than a few years ago.
I think that hard copy releases like CD or Vinyl will not disappear from stores. I think my forthcoming releases will be a good proof :]

Mixing with a laptop on stage is becoming more popular. What is your opinion of dj's these days and what is your definition of a good dj?
I mix with laptop + midi controler. I can’t imagine using vinyls or anything else because I create and play tracks with the same software... I think it's more about what you do with your gear. You can play pre-recorded mix from CD or from laptop... Or you can play live and control the crowd.

What is in store for us in 2012? Any particular projects you're working on?
I always have big plans haha, but 2012 is definitely big for me. I am collaborating with Balkansky, Sinister Souls, Loop Stepwalker, Silent Killer, Switch Technique and some other projects I can't tell you about yet.
My track Uberbrain Ubernightmare has been released on a CD compilation on Sustained Recordings. Also Death By Autopsy has been released with a remix by Technical Itch.
I have finished my solo album that will be released on CD and also a vinyl release is coming too... There is more, but I will be able to reveal more info soon.

We would like to thank you for your time!
Are there any shout-outs you would like to make?
I would like to thank my family, fans and haters for giving me strength to keep working on new projects and evolve. Big ups to Section 8, Austerity, Nekrolog1k, Sustained, Ultragore, BF - nice to work with you all. Shout-outs to all my friends!