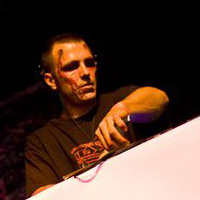 Katharsys
"Dark Drum and Bass artist"
Bio
Katharsys began in 2001 when Hugo, a pianist, and Tom, a sound technician, start producing their first drum and bass tracks, inspired by the dark grooves and demented beats of artists such as Tech Itch, Dylan, Kemal, Konflict, Photek and Ice Minus to name just a few. After countless hours of waveshaping and savage beat processing, the duo were ready to begin releasing in 2004. Katharsys, from the ancient greek word "catharsys" meaning the emotional cleansing of the audience in relation to drama, is an extreme change in emotion. The main focus of the duo is to create intense sounds which evoked that kind of extreme changes, into electronic music. Producing from darkstep to neurofunk hard drum&bass, Katharsys has reached different labels, such as Habit (US),Guerilla (US), Barcode (UK), Sinuous (UK), and Obscene (UK), and have progressed to playing their hard as balls sets out to fans around Europe.
Katharsys's tunes appear on many dj mixes from Counterstrike, Donny, Dylan, Cooh, Evol Intent, Audio, Dj Hidden, Nanotek, Dean Rodell and Forbidden Society
Source: www.facebook.com/KatharsysDNB?v=info&ref=ts