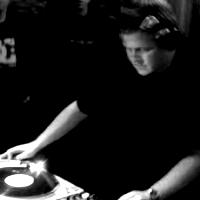 Trace
"Dark Drum and Bass artist"
Bio
DJ Trace aka Duncan Hutchison, was first introduced to the rave scene in 1989 at London's Heaven nightclub. It was here that resident DJ's Fabio, Grooverider,Trevor Fung and Colin Favor would shape the birth of house music in the UK at the legendary night 'RAGE'.

Having experienced the raves first hand, 16 year old Hutchison started working at David Wesson's Zoom Records inside Heaven, before moving on to Choci's Choons on Carnaby Street and finally Lucky Spin in Chelsea. With huge festival style events such as 'Energy', 'Perception' and 'Sunrise' nearly every weekend it was hard to not be overwhelmed by the constant flow of new music, DJ's and ravers all lost within the vibe.

It was this that encouraged Duncan to lend his hand to production. A session with Aston Harvey (Freestylers) at a Soho studio lead to Trace's first release, 'Inception', an EP on Orbital Records that entered the UK charts selling 1000 white labels within its first week and launching Trace onto the DJ circuit. It wasn't long before Trace began his Kool FM show alongside MC Ryme Tyme, a partnership that lasted nearly 4 years.

In 1992 Trace became one of the first people ever to play Jungle in the USA, Djing at NASA alongside artists such as DB, Jason Jinx, and ANI (Deee-lite). Fast forward to 1995 and living between Philadelphia and London Trace remixed T Power's 'Horny Mutant Jazz', now more commonly known as 'The Mutant Remix'. This track went onto inspire a plethora of other producers, and was hailed by many as the dawn of 'Techstep', the spirit of which still lives on today. One year later Trace reunited with old time friends Nico, Ed Rush and Fierce on the highly acclaimed LP 'Torque' for Nico's No U Turn imprint.

Shortly after in 1999 and after having releases on seminal labels Prototype and Virus, Trace started his own imprint 'DSCI4'. The first release 'Sniper', produced with Lucky Spin buddy Pete Parsons, went on to be hailed as a D&B anthem. This was the start of a label that has released some of the highest quality tracks from some of the genre's most influential artists, and continues to do so to this day, with a new website about to launch and the sixth chapter of the Spy Technogies LP about to drop.

Trace is still finding new talent from around the world and pushing forward new ideas and sounds. The label has in recent months taken a future retro approach combining twisted jungle basslines and breaks reminiscent of the No U Turn era. With DJ gigs across europe and beyond 2011 looks promising for Trace & DSCI4. With a fresh deck of new talent onboard look out for the 2011 sound of DSCI4, it's sure to be strictly...