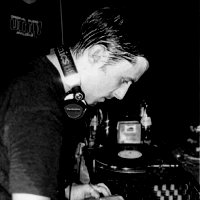 Optical
"Dark Drum and Bass artist"
Bio
Matt Quinn, better known as Optical, is a drum and bass producer and DJ from England.

He is best known for his work with Ed Rush, fellow head of the Virus Recordings label, and as a pioneer of the techstep and neurofunk sound. His first single for Metalheadz, 'To Shape the Future'/'Raging Calm' (1997) and his collaborative material with Ed Rush, such as the Wormhole, album (1998) were archetypal developments in the style. The duo followed this debut album with The Creeps (2000) and The Original Doctor Shade (2003), as well as countless singles and remixes.

He also notably did most of the engineering and production work for Grooverider's album Mysteries of Funk. In addition, he has produced solo, and released in collaboration with many artists, including Trace, Dom & Roland, Fierce, and his brother Matrix.
Source: www.facebook.com/pages/Optical/112186792130261