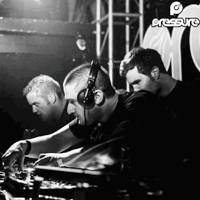 Recently releasing a 12inch on Future Sickness Records and having Gancher&Ruin remix the gem that is 'Connect The Cuts' and supported by DJ Hidden, Freqax, Dither and more, they're on a destructive path to take over the underground with their hard, very dark and high energy tracks.

With tracks signed to Future Sickness Records, Ammunition Recordings, Nocid Business Recordings and their own imprint, Devastation Records; these gents are set to burn their mark globally and pioneer the Hard Core, Tech-core and Tech influenced Drum and Bass sound.

The ability to combine members, genres and formats, and to represent across the county mean Damage Inc are equally at home in studio, behind DJ booths and on stages of any size, anywhere, anytime.