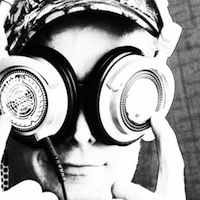 D-Cursed
"Music is our religion"
Bio
Though coming from an Hardcore Gabber past playing and creating music as dj Hellraisor at party's all over the Benelux. D-Cursed has always loved many styles of music variating from Classical to Trashmetal and Dubstep to Terror, which you can hear back in his production and dj sets.

D-Cursed has been playing and shouting his way trough Metal bands and different dj names playing among many styles: Terror, Industrial Hardcore, Dubstep under the name "@cursedlegion" with his bro @legion and even Electro House but always came back to Gabber and Drum 'n Bass.

After Organizing various big and small partys with among others DDinc and Cuup.nl he got some friends together who shared the same thoughts about variation in underground music and everything around it and set up the @hit-n-run-soundsystem in 2007. Starting doing free-party's, and still going strong with the free-party spirit in mind!

His energetic dj sets stand out by a "fuck genres" rockstar attitude, combining old and new and always with a touch of classic Hardcore Gabber.

In 2013 he, @stefanzmk and the rest of the Hit 'n Run crew started a record label called "Hit 'n Run Music" and started a new chapter for the future to support the scene moving forward.
Source: soundcloud.com/d-cursed