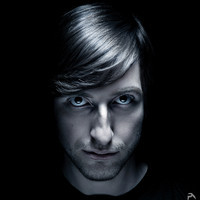 Cooh
"There is only one thing in the world worse than being talked about, and that is not being talked abo"
Bio
Started playing bass guitar in a hardcore-metal band when at 16 and got involved with creating electronic music at the age of 18.
Producing Drum And Bass for 12 years, now at the age of 29, he has more then 60 vinyl and more then 20 CD releases.

Together with Valery Sholevski (Ogonek), in 2001 he began intense promotion of drum and bass in the boarders of Bulgaria, sending "patriotic" messages to the young generation and playing a lot in the busiest clubs in Sofia (the capital city of Bulgaria.), mainly with the H.M.S.U. crew. As time passed by, his style improved significantly until finally he adopted the contemporary hard and dark drum and bass sound.

With a lot of hard work behind his back, Cooh is now releasing for some of the well known and most respected drum and bass labels :
Position Chrome,PRSPCT,Subsistenz,LB,Obscene,Freak,Sinuous,Obsessions,Bass Rejects and more.

He has also colaborated with loads of producers too, like The Panacea, Counterstrike, Machine Code, Limewax, Current Value, Ogonek, Dean Rodell, The Outside Agency and many more...
Cooh has also been extensively touring in 2009 and 2010, playing all over the UK, Australia, New Zealand, Mexico, Columbia, France, Denmark, Swiss, Belgium, Spain, Portugal, Slovenia, Poland, Germany, Holland, Czech Republic, Austria, Serbia, Russia, Kazakhstan and Romania, just to name a few.