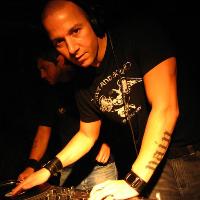 Between 1988 and 1995, groups like Front Line Assembly, Ministry, Joey Beltram, and NIN mainly inspired Cativo. And finally his all time favorite DJ JEFF MILLS let him no other chance to start djing by his own. Having worked in a record store from 1992 to 1995, Cativo gradually started to produce his first own tracks and to perform as a DJ . His good friend LELONEK (ANOKHA), living in London, got him in touch with DrumnBass.

The amazing energy of this special kind of dance music infected him with ease. As a matter of fact, Cativo reanimated the legendary Noize Club (named after the incredibly loud sound system) of his favorite club, Wrzburgs Airport, being one of the bigest clubs in Germany.

In 1999, leading German electronic label Force Inc./Position Chrome signed him. His releases caught the attention of both European and American press, being praised for their uncompromising style and uniqueness. Cativo is looking back at some really busy years, yet even busier to come.

Apart from bringing out several productions and touring as a dj, founding his own label ASSIMILATE REC.

He is managing a busy club night ( list of guest djs for these events : hype, krust, bukem, Grooverider, jonny l, Bad.Company., Optical to name just a few.) He is a resident Dj for a club in Wrzburg, and for the Hoch10- Events in Hamburg. Not only the unique style of his sets but his high quality productions seem to hit the right spot as his tunes are being played regularly on air by legendary BBC Radio 1 dj John Peel (r.i.p.).

A successful proof of CATIVOS talent is his mix cd 'The Incredible New School of German D&B'. Nowadys he is one of the most popular german D&B Artists. , played every important spot in germany , many other places around Europe and the world. Cativo is one of the leading heads of the German D&B Movement , an outstanding DJ, known for his hard and driving sets excellent mixing of the newest trax from the UK , Germany & the US. also he composed music for CD-rom production of BayrischeMotorenWerke/BMW and Würzburger Hoffbräu.

2012 he startet "AssimilateDUB" his imprint especially for Dubstep and Electronica Music.

ARE YOU READY FOR THE REAL CATIVO?