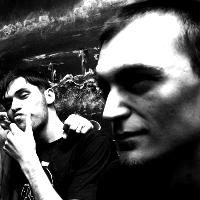 C.V.I.
"Dark Drum and Bass artist"
Bio
Guys From C.V.I. acted like separate dj’s since 2004 at different night-clubs. Having proved in Vyborg as excellent dj’s, they have understood that they do not want just to introduce others musicians tunes, but themselves want to do something new on drum & bass music.

Having united, they began to write music and with the first track have drawn attention of dj Gvozd.

This track has introduced in section "Russian hour" of the "Pirate Station" show on radio "Record".

C.V.I was born in the 2nd of noveber/2006. С.V.I.- the first Vyborg drum&bass project. Today you can hear their in the "Pirate station" on radio "Record" very often. The project consists of three dj's: Cerber, Vincent and Iron. They trying to make music on different directions of drum&bass. From SoulFull and StreamLine To Technoid and Neurofunk.

During their performances you can mostly hear technoid and neurofunk. Getting their releases, you can hear compositions in absolute different polars of drum&bass music substyles. Their tracks have received positive responses from such dj’s and musicians as Nocturnal (UK), Drumsound (UK), Cooh (Bulgaria), The Sect (UK), Future Ingineers (UK), Zardonic (Venezuela), Identity (US), Ill Skillz (Austria), Proket (RU), T.Z.A (US)., Futurebound (UK), Catacomb (CAN) and Roni Size (UK).