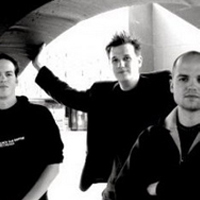 Black Sun Empire
"Dark Drum and Bass artist"
Bio
Black Sun Empire represent the finest in dark and tech fueled dance-floor drum & bass. Since bursting onto the scene back in 2000, they've continued to develop their own unique style and sound, releasing numerous singles as well as four full-length LPs and establishing themselves as leaders in the field. With their impressive DJ skills and inspirational productions, Black Sun Empire have reached far beyond their native Holland. They've toured the world over, with highlights including Glastonbury and numerous other festi- val appearances, and continue to build on their growing reputation as some of the most exciting and consistent performers around. Their fifth LP 'From The Shadows' is a 100% Drum and Bass album will be released in September 2012. This is the follow up to the hugely successful 2010 'Lights And Wires' LP that demonstrated their versatility across tempos whilst still staying true to their own sound.

Borne of brothers Milan and Micha Heyboer along with ReneÌ Verdult, Black Sun Empire is a DJ/producer col- lective based in Utrecht, The Netherlands. Since first making music together in 1993, the trio experimented with various styles until they found their musical direction around 1997 and formed Black Sun Empire. Heavily influenced by releases from the darker labels such as No U Turn, Prototype and Virus, they took the techstep drum & bass blueprint and set out to make a new sound of their own.

With a sound that was fresh, new and progressive, their early demos caught the ears of several well-es- tablished labels. Their debut release came courtesy of Rotterdam based label Piruh in 1999 with the tracks 'Skin Deep' and 'Voltage' and further release on Piruh and another Dutch imprint, DJ Esta's "A New Dawn," soon followed. It wasn't long, however, before their technically proficient productions came to the attention of Trace, the long-serving DJ and techstep pioneer, and he invited Black Sun Empire to compose a remix for his label DSCi4. They took on the classic "Mutant Jazz," and provided a remix of truly devastating propor- tions that announced Black Sun Empire on the UK and indeed the world scene.

Further release on DSCi4 came and were followed by remixes for SKC and Technical Itch before, in 2002, the boys decided to start a label of their own. Set up as an outlet for their increasing body of work, Black Sun Empire Recordings became home for their own productions as well as collaborations with other like-minded artists. Their first album 'Driving Insane' was released in 2004 to critical acclaim and featured work with the collective talents of Concord Dawn and Stu from Cause 4 Concern alongside their own material. Deft, dynamic, devastating and deranged the album announced that the day of the Dutch was dawning. Supported by a mix CD, it showcased their sound in style and coincided with a highly successful world tour, taking in dates across the UK, Europe, USA and Australia.

Motivated by the massive response they had received, the boys followed up with their second long-player, 'Cruel and Unusual', in 2005. Raising the banner of the Black Sun Empire even higher than before, the LP featured further collaborative work with yet more high-profile artists including Noisia, Corrupt Souls and Kemal. Feeling the urge to satisfy other sides of their collective psyche, a sister label was established in the form of "oBSEssions." Designed to cater for atmospheric, unusual and funky flavours, this label is certainly no lightweight and proven itself as one to watch with releases from the likes of Chris SU, Noisia and SKC so far alongside newer names.

Their third LP, 'Endangered Species,' drew together creative minds from across the drum & bass scene with input from Noisia, Bad Robot, Chris SU, Jade, State Of Mind, D.Kay, Optiv and Audio all featuring alongside BSE. The resulting tour was a resounding success worldwide with nearly 100 gigs and was soon followed by the 'My Lightyear LP' Tour alongside Telemetrik, to promote his debut album on BSE Recordings. In 2009, BSE stayed on a roll with a whole raft of releases across their labels including collaborations with State Of Mind, N.Phect and Eye-D and opened their dubstep label, "Shadows of the Empire."

November 2010 brought the release of their fourth LP 'Lights and Wires' and an accompanying world tour, taking them to the USA, Australia, New Zealand and beyond. 'Lights And Wires' displayed their incredible versatility across tempo's and genres and cemented their reputation again as unique, talented artists. Black Sun Empire continued to grow their musical reach in the first half of 2012 with a remix of Noisia's 'Thurs- day' for the Mau5trap release of the Noisia album, plus a high profile collaboration with Foreign Beggars entitled 'Solace One' for their 'Harder They Fall' EP.

Never losing touch with their roots, Black Sun Empire continue to promote their bi-monthly event 'Black- out' in their home town of Utrecht which has recently celebrated it's ninth birthday. This well-established event has attracted some of the best in DJ talent from across the globe and regularly draws crowds of up to 1,000 people, and has now spread to high profile residencies in Brussels and London.

The Black Sun Empire musical and creative strength leads to their 2012 album release 'From The Shadows' scheduled for September. With the album containing 12 original songs geared firmly toward the dancefloor, BSE delivers the perfect Drum and Bass experience. Black Sun Empire's sound on 'From The Shadows' is as unmistakable as it is without compromise. A combination of dark and impressive themes, vocals, tough electronics, and memorable melodies. Collabs with Noisia, Audio, Foreign Beggars, Amatorski, Rido, Thomas Oliver, Youthstar and N.Phect showcase their expanding horizon. Musically, 'From the Shadows' sees Black Sun Empire move towards exciting areas.

Building a name for themselves in the last decade as true innovators of the Drum and Bass scene as we know it today, Black Sun Empire continuously capture the interest of a new generation of drum and bass lovers while maintaining one of the most committed fanbases in electronic music
Source: www.circletalentagency.com/artist/black-sun-empire