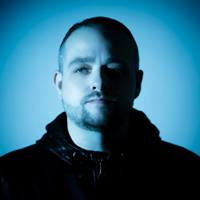 Basher
"Dark Drum and Bass artist"
Bio
London based Basher is rapidly building his status among some of the most technically advanced producers to hit the scene in recent years.

With demand from the industries top dog, Andy C, to come up with new material for Ram Records and Frequency Recordings, Basher always ‘pulls out the stops’. Nu Urban Distribution describes his tracks as ‘an essential purchase’ and his DJ skills are welcomed on a worldwide scale. However, do not think that all of this just came about over night as Basher has been perfecting his sound for almost 2 decades.

With his roots firmly grounded in London Basher first became a dance music enthusiast at the young age of just twelve. He obtained a set of turntables and relinquished his first love of Hardcore and Jungle Drum & Bass. The adolescent Basher gathered an endless collection of records over the years and began his first club performances and radio shows soon after, This is where he got to fine- tune his live mixing skills and started to gain credibility in and around London. However, his progression was not moving at the pace that he anticipated so he took to the studio to jump-start his music career on a more professional level.

Having received quality advice from respected DJ’s and producers alike, Basher held back his sound in the depth of his studio until he was confident in his production. Once he felt he had achieved the sound he desired Basher was ready to start sending his tracks to major record labels in the Drum & Bass scene.

His career as an event filling artist started with a phone call from the Ram Records boss himself. This was due to a glimpse of the soon to become infamous track Leachcraft. Soon after, Andy C snapped at the chance to bring Basher into the exclusive high mile club of Drum and Bass And his tracks have been receiving consistent airplay on the worlds premier radio stations ever since.

Now with numerous successful releases under his belt, remixes for legendary artists such as E-Z Rollers and Cause for Concern to name a few and an exclusive contract with the number one record label in the game, you would have thought Basher's ambitions were fulfilled. But do not be fooled as the past year saw him successfully set up his own imprint Proximity Recordings, signing a roster of diverse and exciting artists and with his debut L.P out on Ram Records later this year, amongst other projects, the question on everyone’s lips is, what is next for this unique individual.