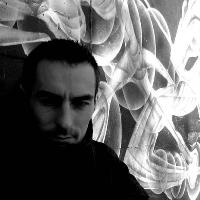 Axiom
"We forgive as we forget - as the day is long"
Bio
Axiom stepped into the Drum and Bass scene in 2005, when he met Optiv (C4C) at a party and was invited for a collaboration, the result was the tune "nightfalls" which was released on Optiv?s redlight recordings. Shortly after that, the collaboration with Optiv and Chris.Su created the amazing "soulcube" which received support from all the major players in the scene and began opening eyes worldwide.

Axiom?s sound, derived from ambient and experimental electronic music, fuses together to create an equally disturbing and effective dance floor tune and is also right at home on your music player, this has helped enable Axiom to release tunes on the number 1 record labels in Drum and Bass today including the huge Renegade Hardware imprint, and branching from every corner of the earth with releases on New Zealand labels Cyanide Recordings and State Of Mind Music, Shadow Law & Hostile Recordings - USA, DSCI4 and Relight Recordings ? UK and Sydrome and Citrus imprint.

Axiom live shows consist of a rolling selection of fresh exciting Drum and Bass, predominately on the neurofunk and tech tip, with fast moving mixing and cuts, he?s been in demand with shows every weekend and internet mixes getting downloaded in their thousands, Axiom is hot property.
Source: www.myspace.com/axiomadness