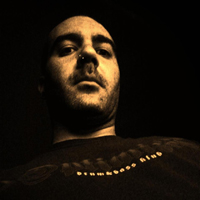 Alexander Head
"Dark Drum and Bass artist"
Bio
Alejandro Rosales aka ALEXANDER HEAD was introduced to music when he was a teenager and started studying music and piano. At the age of 16, his passion for music and inspired by different music genres and artist as The Prodigy, Chemical Brothers, Fatboy slim, Evil Nine, Adam Freeland....began his career as a dj.

This dj and producer from Spain has become one of the producers with more projection of the global Drum & Bass scene in the last year,all thanks to their first gigs in Europe, his big sessions in live and edit in labels as PRSPCT, Big Riddim and soon Nekrologik Recordings.