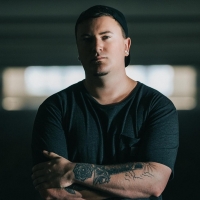 Akov
"Dark Drum and Bass artist"
Bio
A Rising star in the ever growing Neurofunk Scene. Based in Vienna, Austria (Previously Bristol UK). AKOV implements a rhythmic 'Heavy metal' influence to his distinctive take on Drum & Bass. Earning a healthy recognition in a short space of time, Akov jumped from 'Neurofunkgrid Favourite' to enojying the 2014 Mindtech Recordings 'Mantra EP' securing him a number 1 place on the DNB Beatport charts which has marked a significant milestone for the artist who has been making regular appearances across Europe and his home country since.

2016 saw the release of AKOV's 'Burn it down' Music video, featuring his partner in rhyme Twitchee Chords which paved the way for a good year for AKOV who enjoyed his debut Let it Roll festival experience in late July.

Following his european success, AKOV has taken residence in the City of Vienna in Austria as of October 2016 in the pursuit of reaching more continental crowds. Timed with his first Vinyl release Via Mindtech Recordings and soon to be followed with his Mayan Audio EP expect the bar to be raised from this point onwards.

Uncompromising and loud, synonymous to the iconic bear logo he so frequently uses, AKOV is sure to be a name making waves in the DNB scene for years to come.
Source: https://partyflock.nl/en/artist/98412/biography