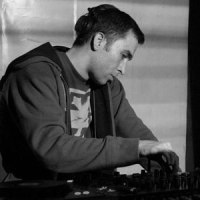 West London based producer 'Data' has been turning heads with his mature and different approach to modern day drum and bass production. Quickly rising through the ranks with a slew of signings, his tracks quickly found their way into many top dj's bags, including Goldie. Data's focus on ambience, groove, minimalism and experimentation provides a whole new take on current drum and bass.

A fan of technology, Data recalls experimenting with old Casio and Yamaha keyboards bought for him as a child. His dad's love of 70's rock lead to him following some bands around with a camcorder as a kid and that's when multimedia began to form in his mind.

After being introduced to Drum and Bass through pirate radio stations and friend's mixtapes, Data was keen to the learn the art of mixing and began his exploration into the scene. Mixing lead to production and hooking up with his close friend, Nebulus. Making their first tunes on an Akai 3000 and an old Soundcraft desk (which Data still uses!), it was clear that he had a lot to learn and Data began to slowly piece together his equipment and skill.

Playing on several pirate stations around London, Data eventually settled down into his weekend show on Life FM, run by Paul Roast. After playing his regular slot for many years, Data decided to lock himself away in the studio and really see how far he could take his production.

As we enter 2011, Data has been putting the final touches to his debut album, 'Making Simple Things Complex.'

2012, with releases on some of the biggest labels around and his album 'Making Simple Things Complex' under his belt, Nick Data prepares the launch of his new imprint, Adapt.

Surrounded in controversy, Nick Burne?s rise as ?Data? through the ranks of Drum & Bass production spawned a whole new generation of production and engineering approaches.