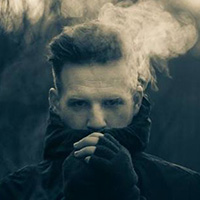 Abis
"Dark Drum and Bass artist"
Bio
ABIS, a new name too the scene but certainly not a new face. Mark McCann formerly one half of June Miller, launched into 2018 with his solo project and label DIVIDID.

With a gained wealth of experience from Markâ€™s previous projects, releasing on the biggest labels in drum and bass, scoring and writing for triple-A games and delivering award-winning sample packs, Mark carries on his clinical approach to quality control which he has become renowned for.

From an early age, driven by an overwhelming determination for being involved in music, Mark found himself touring Europe with various Punk bands for months on end, working in music theatres and arranging shows and tours for upcoming bands, but it wasnâ€™t until he moved from the UK to Holland, where he really discovered the thing he loved the most, producing. Gradually developing his obsession for a technicality in sound but also a core love for organic elements, Mark has really developed his take on modern electronic music. Whether itâ€™s writing a luring 21-piece orchestra film score to a technically energetic dancefloor roller, you will instantly recognise the consistency of ABIS.

With the launch of his new label DIVIDID, his first release â€˜The Wallâ€™ EP with label co-owner Signal, went straight in at no. 2 on the drum and bass charts and gathered support from some of the biggest names in the industry. Along with being commissioned to compose four tracks for the award-winning VR game Space Pirate Trainer, two tracks for the Let It Roll Winter Opening show and various remixes under his belt, ABIS is already setting his standards extremely high making his future a very exciting one.