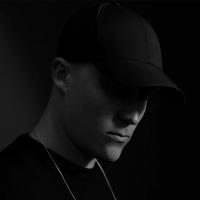 A.M.C
"Dark Drum and Bass artist"
Bio
A.M.C Titan Records CEO is without a single doubt the most impressing dj-talent to emerge from the UK in recent years.

Subsequently in 2010 he won 'Best D&BTV Live Set' and repeated this a year later while also winning 'Best Newcomer Dj" in 2011.

Most recently he has won ?Best Dj? at the Czech Republic Drum & Bass Awards 2015 beating the likes of Andy C, Friction, Marky and more.

Even though he is heavily into producing these days, the main focus is still on his dj sets: big combos, astonishing double and triple drops, speed mixing and combining classics and dubplates: he does it all.

With a very large and continually growing dj schedule A.M.C is definitely the name to watch for the future.
Source: https://www.facebook.com/pg/DJAMC