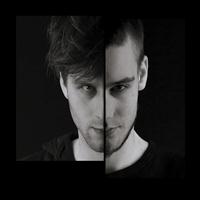 Sinister Souls
"Dark Drum and Bass artist"
Bio
Adriaan de Koning and Fred Huurdeman are the working force behind Sinister Souls. Based in Utrecht, The Netherlands, they create their own vision of filthy Dubstep, with inspiration from Drum 'n Bass, Rave, Breakcore and Techno.

Sinister Souls already reached some big achievements since they started in 2009. From being in the Beatport top 5 chart with their debut EP "Definition of Silence" on Rottun Recordings, to playing at festivals like Q-Base and Qore 3.0 in the Heineken Music Hall Amsterdam.

With lots of gigs in their own little country, foreign bookings in countries like Germany, Portugal and the US pave the way for their destructive sounds. Now they are working on their first album that's coming out on PRSPCT Recordings. Get ready for some killer original material and collaborations with, among others, Counterstrike and Limewax. Their sounds are picked up by the likes of Black Sun Empire, Excision, Bar9, Counterstrike, SPL, Borgore, Balkansky, Loop Stepwalker and many more.
Source: nl-nl.facebook.com/sinistersouls/info