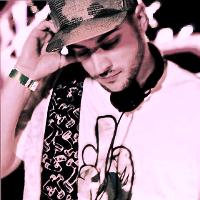 Serum
"Dark Drum and Bass artist"
Bio
A combination of hard graft and over 10 years of experience in DJing and production has seen Serum rise from relative obscurity into being one of the most prolific of the new breed of dnb producers. His mix of vintage jungle and futuristic modern jump up has shown widespread appeal, with tracks being picked up by many of the scene's biggest brands, such as Dread, Creative Source, Grid and Digital... Soundboy and V as well as many of the scene's freshest up and coming labels.

Serum's career in dnb began after being spotted by veteran producer Ray Keith, and signed exclusively to the legendary Dread imprint. The 4 years that followed saw him releasing a string of singles and EPs, and remixing classic tracks like "Sing Time" and "Girls Dem Want it", as well as "Dub Dread" which became the title track for a string of mix albums on Dread.

After finishing his stint with Dread, the tunes came thick and fast. “Snake Fist” and “Papa Lover Remix” spent several weeks in the Radio 1 drum & bass chart, and his remixes for Top Cat and Twisted Individual and tracks on Liquid V, Grid, Mac 2 and Critical all led to him receiving regular play from DJs like Andy C, Friction, Bryan G, Fabio, Shy FX, Dillinja, Ray Keith, Marky and many more.

Serum's reputation as a top class producer brought an increase in DJ bookings that has seen Serum playing all over Europe and at some of the top venues in the UK, such as Matter, Ministry of Sound, Fabric, Herbal, and the Q Club, where he has showcased his rapid fire blend of upfront smashers and classic old skool remixes. He is also a regular fixture on the radio and internet, having appeared on 1xtra, DNBTV, Kool FM, Pyro Radio, Bassdrive, Rude FM and Drum & Bass Worldwide.
Source: www.facebook.com/serumdnb/info