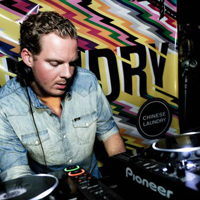 Phace
"Future is today"
Bio
Over the past 8 years, Germany's Phace is without a doubt playing a prominent and constant role within the international Drum & Bass and Bass Music scene. With a heavy back-catalogue of distinct and outstanding releases on the scene's most famous labels such as on Vision, Shogun, Lifted, Virus, Renegade Hardware and Subtitles Music, amongst many others, you do not find many other comparable artists within that sector pushing limits a similar way.

His unique sound is imbued with deep cinematic flourishes, explosive energy, and a human analog touch, constantly piquing demand for appearances at clubs, festivals and within the music press around the globe.

Voted 'Best National Drum & Bass Producer and DJ already in 2006 and Best National Producer' again in 2009 at Germany's Future Music Awards, Phace has proven early what he's capable of, both behind the boards and on the decks.

At the tail end of 2008, Phace joined forces with long-time friend Misanthrop and launched their record label Neosignal. Due to the label's celebrated and unique music, excellent branding and ideology Neosignal has quickly become one of the most wanted underground indie-labels of this moment.

After releasing a couple of remixes (for UK's Hadouken!) and collaborations (with Noisia, Misanthrop and Spor) throughout 2009, Phace began work on 'Phase II' for Neosignal in 2010 and released his heavily anticipated second full-length, From Deep Space.

With great support of UK's BBC 1xtra, a big remix (for Noisia) scheduled for a release on Deadmaus Maustrap label at some point later in 2011, things will even move up further into so far unexplored territories for Phace.

Setting both the benchmark and pace for nowadays Drum & Bass, the Hamburg-based artist is also known for his precise and energetic sets, and his constant touring has taken him to metropolises in all corners of the planet.
Source: www.facebook.com/pages/PHACE/78328789068?sk=info