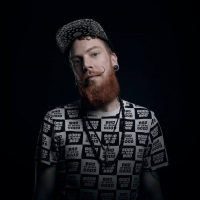 Mr Multiplex
"Dark Drum and Bass artist"
Bio
Multiplex started his career as a singer in a punk band. After that he discovered the (illegal) party-scene where he first heard Drum& Bass and Jungle music, it made him want to experiment with these styles and get his singing involved to it. He first started to pay attention on how other mc's did their Job. After meeting MC Chakra from the Utreg Massive crew he knew this was his destiny.

Chakra introduced him into the world of Drum & Bass MC'ing and let him spit some rhymes during his performance. Everybody was very enthusiastic about his MC skills and that was also his drive to be one of the best MC's of the Netherlands. In his first year of MC'ing he got nominated as best upcoming MC at the Dutch DNB Awards unfortunately he finished second but the year after that he got nominated as best upcoming MC and best MC.

After being nominated it all went very fast for him because the biggest Drum & Bass crew in that time of the Netherlands 'Utreg Massive' asked him to be a resident. After doing Utreg Massive events a couple of years he met the guys from Strike Back and Deep Cutz, they had faith in his skills and they helped him to put things to the next level. In that time dubstep was upcoming and Multiplex became one of the first dubstep MC's of the Netherlands. He did his first few dubstep sets together with DJ's Gomes and Osiris.

Be prepared as Multiplex will be all over the place and be sure to catch his vibe because he will never disappoint you! Peace and love for the sounds of music we provide !!!