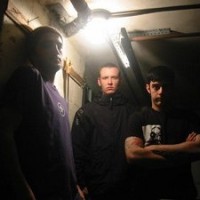 Gein
"Dark Drum and Bass artist"
Bio
A drum and bass trio from Milwaukee, WI, USA. Formed: 2004
Members include: Weston B (aka The Butcher, aka Weston, formerly of Defiant), Abel (Habit Recordings), Saint (Founder of Habit Recordings)
The group is named after the Wisconsin serial killer Ed Gein (whose crimes formed the basis for The Texas Chainsaw Massacre)
Source: www.discogs.com/artist/Gein