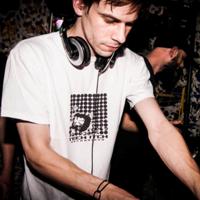 Fortitude
"Dark Drum and Bass artist"
Bio
Obsessed with music from an almost in utero age, Fortitude grew up listening to the sounds of 60s and 70s psychedelia...... and 80s power ballads. After a few short
lived and misguided forays into commercial pop music (the ignorance of youth) the release of Nirvana's landmark Nevermind album began the long journey of shaping and
populating his musical landscape. Adamantly opposed to the horribleness of commercial 'dance music' he found solace in the distorted guitars and surreal melodies of
the grunge and hard rock bands of the time.
Picking up guitar as a teenager and beginning to write songs almost immediately, he had finally found an outlet for the melting pot of musical ideas burning inside.
After a few years of gigging in bands as a vocalist / guitarist / bassist / minister of propaganda and slowly becoming jaded by the looming staleness of the rock
scene the siren call of copious amounts of alcohol, drugs and loud music dragged him, reluctantly at first, into the local clubbing scene.

Fortitude's drum and bass hymen was violently removed at one of Cardiff's then pivotal dnb nights Bulletproof and then held and nurtured tenderly at various
Hospitality and liquid nights. Eventually venturing into local vinyl stores and splashing what little money the 9 - 5 allowed on tunes lead to purchasing a set of
decks from a friend in exchange for some magic beans. Slowly discovering his own preferences and sound within dnb, and spending every spare moment mixing, quickly
(within a few weeks) led to a weekly residency in a local nightclub, obediently pandering to the drunken indie kids with rock music and then having free reign to
bring out the drums and the bass for the last hour of the night.

Attempting to create his own take on this exciting form of the previously despised 'dance music' was the next logical step for such an unashamedly musical soul and
the next few years....and right up until the present day... were spent learning, sampling, reading, tweaking, watching, obsessing, talking about and breathing drum
and bass. Djing regularly locally alongside Consistent Motion and Transition as part of KZSS was interrupted by Fortitude relocating to Devon for a year and then to
Vancouver for a further year where he became a nocturnal creature of habit and every day was spent either in work or in the studio.....or both.

Soon people bagan to take notice and a slew of neurofunk and techstep releases followed on labels such as Trust in Music, Section 8, Close 2 Death and Extent
Recordings along with spending many a day and night travelling on buses and sleeping on floors whilst gigging around the uk. Frequently working on projects with long
time friend Terror Cell they proceded to bring their own inimitable style to the unsuspecting, god fearing masses slowly establishing a dark and seedy back catalogue
including the gut wrenching combination facefuck of Proxima Centauri and Magnetic Eyes on Future Sickness, the truly insane DEATHNOTE (released on Tantrum Recordings) nestled snugly on an EP with scene heavyweights Dj Hidden and Cooh, the brutal NO PEACE (Section
8 Recordings) and a few naughty tracks and remixes for labels such as Ex Machina, DeathSoundBat and SCPTX.

Shoot forward to 2013 and Fortitude is truly balls deep in establishing and pushing his own sound, encompassing everything from ambient electronica and 80s pop
melodies to hardcore, relentless beats and dark, textured, haunting soundscapes. Spotted and adopted by the world renouned Therapy Sessions and joining the Freak
family, Fortitude is on a mission to rock/scare dancefloors wherever possible. Something wicked your way comes......
Source: https://soundcloud.com/fortitude_dnb