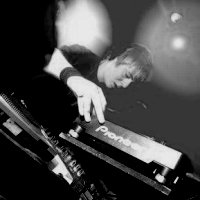 Ed Rush
"Dark Drum and Bass artist"
Bio
Ed Rush is one of the current leaders of the new school drum and bass. One of the originators to bring back the dark sounds of drum and bass and push it to new levels, Ed Rush continues to make waves with each new release.

Born in west London, Ed Rush originally started out into Hip Hop and electro but eventually found the growing underground rave scene. Fascinated by the breaks in the hardcore sounds at the time, Ed Rush convinced his neighbor, Nico Sykes, to let him produce tracks with him.

Eventually they released "Bludclot Artattack" in 1993 - a journey into the darkcore sounds. While most releases at the time had a certain momentum and feel, the track was like no other, and marked the shift of hardcore's split into drum and bass.

Ed Rush soon found himself on the cusp of prominence, as his releases in 1996 on the Techsteppin' compilation, the Skylab EP on the Metalheadz label, and "Killimanjaro" on the Prototype label all helped to define the genres' direction towards techstep, a two-step style of drum and bass. He subsequently released more tracks on various labels, and his popularity as an artist grew, as did his sound as a producer.

The greatest collaboration was ahead of him though, when he teamed up with Optical. They created their own label, Virus, and their first release was "Medicine/Punchbag," Their eventual LP, Wormhole in 1998, was released to critical and underground success, and is regarded as a genre classic, as the sounds from that album again redefined the direction drum and bass was headed, and solidified their status as the forerunners of the new sound of drum and bass.

More recently, after a slew of other releases, Ed Rush and Optical have released another genre-defining LP, the Creeps. This was again met with critical and commercial success, as the album helped them to win Knowledge drum and bass award for producers of the year.

Look out for the eagerly anticipated forth coming album Chameleon.
Source: www.myspace.com/edrushvirus