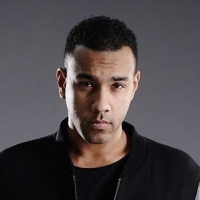 Tantrum Desire
"Dark Drum and Bass artist"
Bio
A south east London based duo, Jay Faleye (Producer & DJ) and Devin Smith (DJ) who go under the name Tantrum Desire, met in 2004 at a small pirate radio station through the love of drum & bass music. Before that time these two individuals had portfolios in their chosen fields, which were producing and DJ'ing. The two clicked with the same passion, interest and destiny, which was to break into the drum & bass scene.

In 2005, a bunch of Tantrum Desire tracks on a load of CD's was passed out in Spain at a big drum & bass event. This then attracted Nu-Breed's - MC Shortston, who received a copy of the track collection and saw a spark in the production. This gave him some ideas and business plans to start up a new label called 'Heavyweight Records'. This was the new home label for the boys, which released tracks such as, The Red Pill, Dreamscape EP, The Inner moon and White. Tantrum Desire also had bootleg projects lying around in the lab, which gave Shortston another idea to accompany Heavyweight with a bootleg label named "Booty". This brought you releases such as, 'Transformers', 'Jealousy', 'drop it like its hot' and 'Can't stop'.

In early 2008, Tantrum Desire had a fan base which was only getting bigger, and the sound was getting a lot of word of mouth, until the duo was contacted by one of the biggest pioneers in the game â€“ Simon 'Bassline' Smith, who saw the variety of styles in the drum & bass productions and therefore became interested. This led him to making the guys an offer and signing an exclusive deal to his well established label - Technique Recordings. Straight away, Technique released Tantrum Desire's debut 12" â€“ 'Xenomorph' & the 'Last stand', which surprisingly was presented on BBC Radio 1 by the likes of Zane Lowe. From this, then set the trademark in the scene for the sound of big baseline synths and immense intro's.

Things started to get even more serious after the release of Tantrum Desire's well known anthem of 2009 'Here they come', which featured on the '10 Years of Technique' celebration Album. The track straight away stood out from the crowd and was rotated by many major DJs in the scene. Furthermore, this resulted in getting weekly plays and breaking into Top 10 Charts on mainstream radio stations such as BBC Radio 1, 1Xtra and Kiss 100. Also hitting charts on many online media related sources such as, Trackitdown, Beatport, Drum & Bass Arena plus more.

In 2010, Tantrum Desire had released the first 4 track album EP, debuted on Technique, named 'Runaway Bass'. The 4 track piece was purely a smasher for the dance floor environment, created in manipulated styles. 'Chill' - which was Tantrum Desire's first taster on the drum and bass sister genre called drumstep, featuring one of the dnb's top notch vocalists 'Youngman MC'. The EP had a great impact on the scene and only pushed Tantrum Desire further up the ladder. From the success, the name entered a roll in popularity and demands were flying in to remix the likes of Laidback Luke, Ministry of sound, Matrix & Futurebound, Shimon, plus more.

Over the past 5 years Tantrum Desire has managed to break the trademark sound out to the world with high quality, versatile, dance music, which has affected their DJ'ing career, setting them out every week touring in all parts of the UK and the world, in countries such as Los Angeles, Italy, Belgium, Germany, France, Spain, Slovakia, Czech Republic, Poland, Austria, this being only a part of the overseas list.

Being a respected name in the drum & bass scene, Tantrum Desire always look to take things to the next level and is always working to evolve that trademark sound. The progress has already begun in the fields of working in projects which integrate house, electro and dubstep influences, whilst still maintaining the focus of drum & bass. This reflecting to an album which is soon set for the near future!
Source: https://partyflock.nl/artist/57782/biography