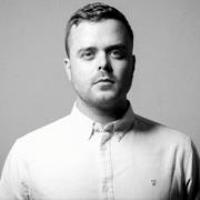 Cern
"Dark Drum and Bass artist"
Bio
In 2001, two friends sharing a common passion for electronic music joined forces to develop their take on the sound of Drum & Bass. After finishing school they both began working in the nightclub industry and were regularly exposed to the cream of international DJ’s and producers passing through Auckland’s Fu Bar. With access to this constant source of inspiration at their disposal, the pair began honing their skills behind the wheels of steel as well as at home in the studio, and over the next 7 years they began forging their own place in the New Zealand, and global Drum & Bass DJ & Production scene.

In 2008, things took a tragic turn for the worse, with the passing of one half of the duo, Jonny Beck. In his best friends name and honor, Ollie buried himself away and turned to the one thing that could help him mourn and recover from the loss of his best friend. Music. The end result of his loss, his need to honor his friend’s memory, and his passion is now truly undeniable. The name CERN has quickly become a globally recognized entity within the world of D&B. Having released tracks on many of the scenes leading labels including the UK's Renegade Hardware, Critical, Cyanide Recordings and Samurai Music, collaborations soon arose with names like Loxy, Logistics, Sabre, Phace & Misanthrop, and close friends Bulletproof, Teknik and Concord Dawn. He soon began gaining attention from some of the scenes leading players with the Cern sound being described by the legendary Virus co-founder Ed Rush as " the kind of music that you know u can listen to 2-3 years down the track and it still sounds good." Cern's tunes have been getting heavy support from the linkes of Teebee & dBridge to Logistics & Gridlok, while still getting play elsewhere, receiving support from legendary Techno DJ/Producer Laurent Garnier.

It’s fair to say that Ollie Cern has transgressed the realm of one time bedroom producer, to one of pure world-class stature. Following his 2009 debut “Mania EP” on Concord Dawns “Uprising” imprint, It came as no surprise that His next move was to produce the very first full length Cern LP. “Terminus” is an album that encapsulates the Cern sound wholeheartedly. Originally produced exclusively for the NZ market on “Uprising”, "Terminus" soon caught the attention of US heavyweight Gridlok and is now destined for joint release on his “Project51” imprint. Set for release mid 2010, When asked of the concept behind the album, Ollie describes "Terminus" as “an album that takes its roots from Techstep and funk driven D&B,” going on to say “the album reflects the inspiration gained from his long standing admiration for producers like Ed Rush & Optical, Matrix, Konflict and Source Direct”, incorporating the sound they represented at a time, in his opinion, when Drum & Bass was “at its peak”.

With an album release tour in preparation for Australia and New Zealand during the second half of 2010, and plans to re-locate to Europe early in 2011, Ollie is looking forward to unveiling his new sound, new vibe and personal endeavors worldwide. Terminus is a world-class album, seamlessly crafted by a world-class producer. Moments in time captured in musical form. A true testament to his ability as a musician and a first had insight into one of New Zealand’s finest dance music producers. Released August/September 2010 on Uprising/Project51. Distributed in NZ/US by Universal, Worldwide by ST.Holdings ON CDLP/SPLIT VINYL/DIGITAL.
Source: www.myspace.com/cernnz