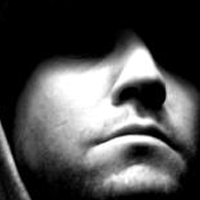 Catacomb
"Distorted me"
Bio
Spawned from the realm of the underground, Catacomb has quickly infected the globe with a steady increase in potent complex and destructive beats. Originally a 4 man operation, the descent into the darkness would prove to be too much for some, as one by one, 3 of the 4 founding members withdrew from the expedtion. This action left one soul on a lone mission, to further exploration into the ultimate lower depths of the virulent Catacomb. Larry Miller is that soul and the lone keeper of the cryptic beat camp.

2007 has been a breakout year for Catacomb, seeing numerous releases on Syndrome Audio, Citrus, PRSPCT, Shadybrain, and Cyanide Recordings. Also receiving big Dj support from the likes of Pendulum, Ed Rush, Black Sun Empire, Axiom, Mayhem, Bulletproof, Nocturnal, Misanthrop, Quadrant, N.phect, Audio, Vicious Circle and more. Well in demand for the rest of the year and into 2008, expect to see more solo works on those labels and a few collaborative surprises releasing elsewhere.

Catacomb. The Cryptic Grit To Grind Your Teeth With.
Source: www.myspace.com/catacombaudio