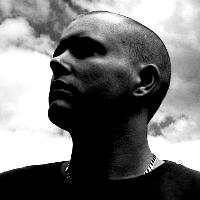 Apex
"One by one their feet lifted from the ground"
Bio
After being the mastermind behind the infamous "Unknown Error" production force for three years, Rob Dickeson a.k.a. Apex has emerged as a new solo artist.

With Unknown Error featuring on labels such as Lifted Music, Renegade Hardware, Moving Shadow, Defcom and Horizons, covering a diverse range of styles, Apex has already begun to continue from where he left off.

His debut work as Apex - 'The Space Between feat. Ayah', has made its way straight onto Hospital Recordings and into the BBC Radio1 D&B Top Ten. The track was released in April 07, and also features on the 'Weapons of Mass Creation 3' CD release in in the same month. Andy C has also picked it up for his latest acclaimed D&B Arena Mix release.

Apex will be pushing his sound primarily through the pioneering Lifted Music collective, with his debut EP, Wall Of Sound just released at the end of may.
All 4 Tracks are on display for your listening pleasure..."Same Old Blues", "Hench", "In Motion", and "Nowhere To Run". Plus "Same Old Blues" has caught the attention of Andy C once again and appears on the huge Nightlife 4 compilation cd. Lifted have already caused shockwaves throughout the scene with their tearing debut release The Prologue, and Spor's Supernova plus the collaboration EP which was released in Jan 2008...in which Apex features on the Andy C favourite "Dirge".

"Falling" and "Weeping Willow" were released on the Horizons Music Label, aswell as "The Yearning (Apex VIP)" backed with "By The Way". The "Bachelors of Science - Strings Track - Apex Remix" (also on Horizons Music) has been nominated for best Drum and Bass single of 2008 in the Beatport awards.

"Locked on" was Featured on the highly successful All Sounds Electric 2 LP on Critcal recordings at the end of the summer 08.

The remix of London Elektricity's "Just One Second" is out now on the SICK MUSIC LP on Hospital Recordings."Entrapment" (featuring on DJ Friction's Assasin's vol.1 Mix cd)will be on the next Lifted release alongside "Gonzo".
Source: www.myspace.com/apexmusik