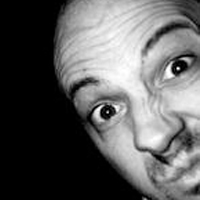 Raiden
"Voodoo Dub"
Bio
Christopher Jarman?s aka Raiden?s musical story has been somewhat of a rollercoaster. They say music is the key, and in this case it most certainly was. He was living in the grey steel town of Portsmouth-each day was passing like the day before, slowly seeing his dreams slip through his fingers- yet in despair he found hope, a moment of clarity, a signal to the future- this came in the form of his landmark track ?Fallin?, a piece of music that would launch him into the stars, and he would never look back, relocating to the silent depths of Tallinn, Estonia.
After signing with legendary drum n bass imprint Renegade Hardware Raiden worked hard at creating his own identity and as a result earned a strong support network of artists and fans alike. His sound would walk the tightrope between Techno and drum n bass, in love with the ethos of techno and unable to let go of his love for big bass and breaks.
Bursting onto the scene as a producer Raiden would quickly cement his reputation as a DJ, quickly touring the world, bringing his brand of funk to the masses-his travels have taken him across the globe, a modern day travelling band with only his headphones and music as company. Always presenting the unchanged mission to bring you the sound that occupies his mind.
Along this journey Raiden decided that the time was right to start his own label- something that would represent him with no compromises- it was with this thought that Offkey was born, in order to separate itself from the masses Raiden released his manifesto ?techno brain, drum n bass body? and with the label launched and almost unheard of artist roster- a very brave move that would pay off- his crew would explode onto the scene, and there would be no let up. The label has released some fantastic music and is now maturing into a different beast, but still a beast nonetheless.
During the inception and creation of his own sought after productions & label, Raiden has been asked to remix some of the biggest selling tunes of his generation- namely DK8s techno anthem ?Murder was the case? and the old skool classic-Human Resource?s ?Dominator? and most recently Adam Freeland?s ?We want your soul?. Artistically there is much more to come from Raiden, he will be releasing more music for the mighty Renegade Hardware, his own imprint Offkey Music will continue to release the cream of what this music has to offer and there will be long players from Raiden alongside singles.
At the back of 2009 something began to shift, after the expolsion of Offkey and the techno sound he wanted explore another side of drum n bass which he so Cherised, pushing rhythms forward with big, bold basslines. The outlet was named ?Voodoo Music? and the first release, a solo Raiden release, would take in London bass and cross it with South American drums. The label offered another outlet for expression for Raiden and signaled a breath of fresh air.
In a sense this is only the beginning?you truly have to know where you came from in order to know where you?re going.
Source: www.offkeymusic.eu/artists/raiden