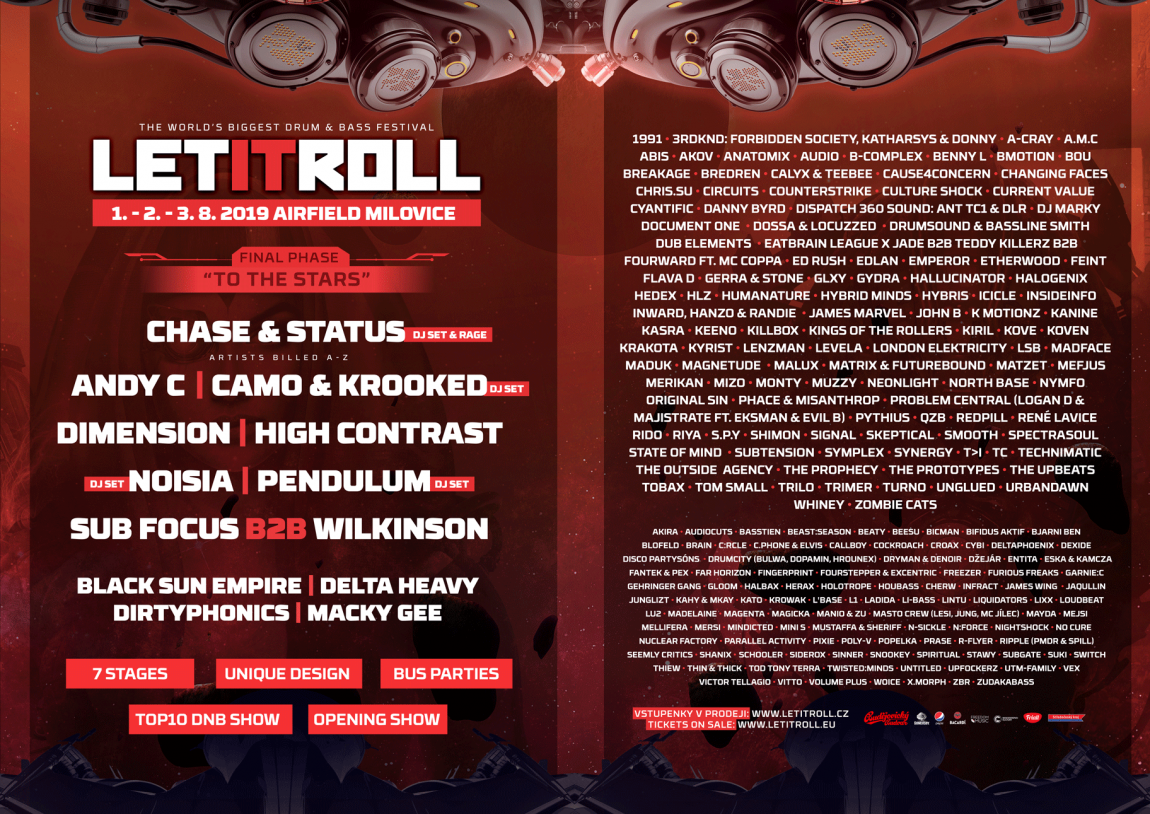 With just over two months to go until the world’s largest drum & bass festival Let It Roll takes off into its own unique solar system for another year, the complete line-up and full details on the parties, stages and the festival’s ongoing robot theme can finally be revealed in full.

D&B A – Z
There has never been a drum & bass line-up of this size that covers so many corners of the genre. Spanning every style and every generation, the line-up announced so far reads like a who’s who in all directions. Chase & Status, Pendulum, Andy C, Noisia, Camo & Krooked, High Contrast, Sub Focus, Wilkinson and Dimension have already been confirmed. As have hundreds more of the world’s best drum & bass DJs including Black Sun Empire, Current Value, DJ Marky, Flava D, A.M.C, Lenzman, DJ Friction, Matrix & Futurebound, Breakage, Dirtyphonics, Turno, Kyrist, London Elektricity, Benny L, Macky Gee and The Prototypes. Joining them will be new additions: Holotrope, HumaNature, Hybris, Chris.Su, Matzet, Ripple, Subtension, Symplex, The Prophecy, Tom Small, Trilo and whole troop of Czechia’s fasted rising talent: There’s a lot of names there!

The Let It Roll Universe
Renowned for its epic stage production and themes, Let It Roll has once again upgraded its unique environment. The famous monolithic mainstage this year will be The Mothership, an intergalactic vessel that will take us far away from the ravaged robot planet where Let It Roll’s story takes place. Other worlds to explore include The Temple, a mountainous second outdoor mainstage made of piles of overgrown robot cases and the distinctive circular teleportation-primed Portal stage and the industrial deep space junkyard Shredder stage, both of which made their debut last year. Elsewhere Eve’s Garden will provide a pastoral idyll fit for the finest deep and liquid sounds, Storm pays tribute to one of Prague’s most important clubs and will be home to the Czech Republic’s thriving drum & bass community while the Freedom Music Stage joins the dots and fills the gaps with a strictly multi-genre, no-rules remit.

Bus It!
All aboard! Let It Roll’s apocalyptic 16-wheelers return for a series of 10 parties throughout the event. Certified hot tickets and guaranteed compressed chaos, Let It Roll’s bus parties are infamous for their intensity… As no one is getting off from the moment that first tune is dropped until the last double has been dropped. This year’s hosts once again reads like a who’s who in D&B: Teddy Killerz & Gydra, Koven & Muzzy, Zombie Cats & Abis,Fourward & Friends, Killbox, The Prototypes, James Marvel & Ripple, Benny L & Shimon & Trimer, Rene Lavice & TC and Hybrid Minds. Buy Tickets at the TICKET SECTION.

TOP100 DNB
For the first time this year Let It Roll has reached out to the global jungle populous to discover the most universal tunes in the genre. The rules are simple. Visit the TOP100 DNB Hall Of Fame, enter your five favourite tracks or remixes and the results will be announced at the event as the top 10 is revealed to a unique A/V show on the new Temple stage. Which tunes from the sprawling 30 year scene will be decided as the most definitive by the genre’s international community? Only time will tell… A survey of this scale has never been conducted in the genre before.

The Story Continues…
Let It Roll’s famous opening show will level up once again this year as more of the scene’s most exciting and innovative producers – including Hybrid Minds, Icicle, Abis, Delta Heavy, Limewax and Neonlight – have composed exclusive music to another unique chapter in the festival’s sci-fi narrative. This year the story sees the robots flee their war-ravaged planet on The Mothership in the hope of finding a new home in the galaxy. This time they have help from a whole new lifeform known as Eve. Those lucky enough to attend Let It Roll Winter earlier this year will have watched her arrive: A humanoid modified through robot casing and circuitry, she is both human androbot. She represents the next chapter of unity…. Just as Let It Roll 2019 does for the entire drum & bass scene. 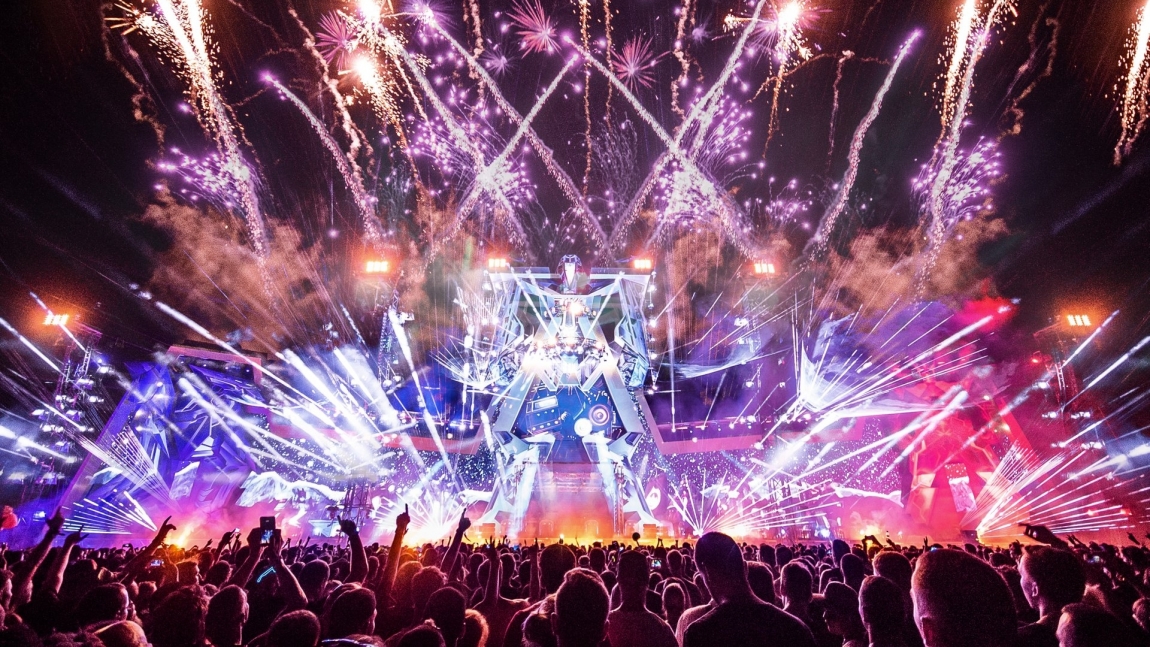 The Mothership is waiting!
Many acts on 7 stages over three days surrounded by some of the most far-out festival production in Europe: Set the coordinates for Czech Republic, August 1 – 3. It’s time to immerse ourselves in Let It Roll’s own unique world once again. All details on tickets, camping and travel from Prague can be found on the Let It Roll website.

Let It Roll app by WOOV!
Are you preparing for the festival already and can’t get your head around who to see and where to go? Well, that’s up to you! But remember, you can always get a hint from our Let It Roll festival app which you can find at Woov mobile platform.
Download the official Let It Roll app from Woov (Apple Appstore / Google Play) and enjoy the festival even more!