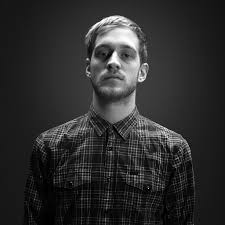 “This new album is the product of a 2 year process. The LP reflects what I love about the diversity of drum & bass and all its sub genres as well as what I enjoy playing at clubs and festivals. It was crucial to me that this new chapter was a step up in content, sound design and song writing which influenced the decision to include only solo material and even master it myself. Manifest is Mefjus 2.0”, Mefjus on VISION's webshop.


Noisia about the album:

We're honoured to be releasing Martin Mefjus's album on Vision. It was a pleasure to work with him, helping him to sharpen his knives and bring out the potential of these little jewels... Mefjus’ sophomore album will be released on April 26th via our label Vision Recordings. Go to www.mefjus.at to listen to the first audio, pre-order the album on vinyl/cd and check out his tour dates. He’ll be playing at the Noisia Invites party in Groningen on the day of his album release 🔥

Listen to his new single ‘Muskox’.