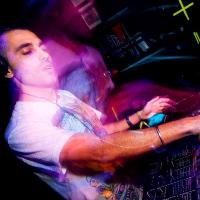 InfamouS
"Dark Drum and Bass artist"
Bio
Infamous (KCEE) has been behind the decks since 1999 and started with Drum 'n' Bass in 2001. First under mark of the bank Darkfactory band. At the end of 2006 he decided to give up DarkFactory and create a new project called "Synthetic" together with his best friend Alexander Head, starting a new era of Drum 'n' Bass projects.

He has played at most of the Drum 'n Bass events along Spain such as Display Sessions (Madrid), International Meeting D.N.B (Valencia), Xion Club (Criptana), Industrial Copera Club (Granada), Jam Club (Bilbao). Nowadays he gets booked across whole Europe.

He has shared the DJ-booth with confirmed artists such as Vicious Circle, Noisia, TeeBee, Raiden, Phace and Spor.....

Infamous started producing in 2009 and has references on labels as Metafiziq, Melting Pot, DarkBox, Infectech. He's got future releases planned and collabs with great names in the scene...

With a serious and refined style his sets are conclusive and precise and his tunes have a style influenced by techno, metal and hardcore. You will make a big mistake if you miss the opportunity to watch him in action.
Source: soundcloud.com/kcee